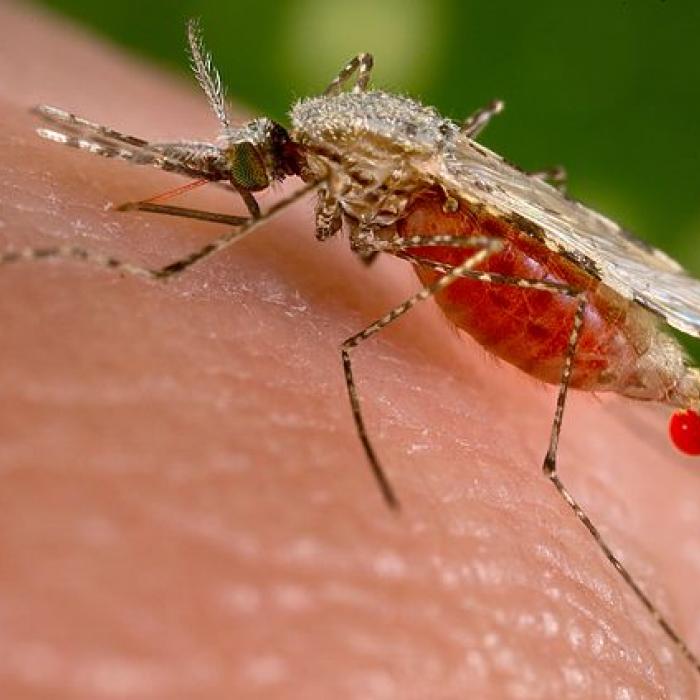 Malaria is transmitted exclusively through the bites of Anopheles mosquitoes. The intensity of transmission depends on factors related to the parasite, the vector, the human host, and the environment.

About 20 different Anopheles species are locally important around the world. All of the important vector species bite at night. Anopheles mosquitoes breed in water and each species has its own breeding preference; for example some prefer shallow collections of fresh water, such as puddles, rice fields, and hoof prints. Transmission is more intense in places where the mosquito lifespan is longer (so that the parasite has time to complete its development inside the mosquito) and where it prefers to bite humans rather than other animals. For example, the long lifespan and strong human-biting habit of the African vector species is the main reason why about 90% of the world's malaria deaths are in Africa.

Transmission also depends on climatic conditions that may affect the number and survival of mosquitoes, such as rainfall patterns, temperature and humidity. In many places, transmission is seasonal, with the peak during and just after the rainy season. Malaria epidemics can occur when climate and other conditions suddenly favour transmission in areas where people have little or no immunity to malaria. They can also occur when people with low immunity move into areas with intense malaria transmission, for instance to find work, or as refugees.

Human immunity is another important factor, especially among adults in areas of moderate or intense transmission conditions. Partial immunity is developed over years of exposure, and while it never provides complete protection, it does reduce the risk that malaria infection will cause severe disease. For this reason, most malaria deaths in Africa occur in young children, whereas in areas with less transmission and low immunity, all age groups are at risk.